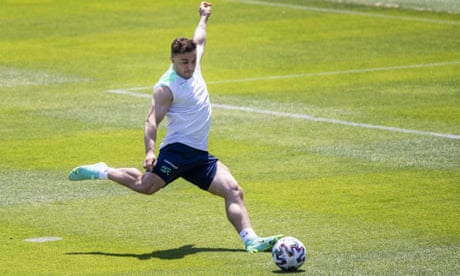 Xherdan Shaqiri has set himself a target for Euro 2020, he announced after Switzerland completed their warm-up matches with a 7-0 rout of Liechtenstein last week. When asked to elaborate, however, details were thin on the ground. “This is my secret,” replied the midfielder, who has Switzerland in suspense for reasons beyond his silent ambition.

As with the last European Championship, and the two World Cups either side, the Liverpool playmaker is central to Switzerland’s chances of progressing from a group that opens for them against Wales in Baku on Saturday. And not only on account of operating in the No 10 role in Vladimir Petkovic’s team. At 29 Shaqiri remains their creative influence, the main supply to Breel Embolo, Haris Seferovic or Mario Gavranovic, and the man Switzerland rely on to make a difference on the tournament stage. The concern for Petkovic, and the unknown for Wales, is whether he is in condition to meet those demands again.