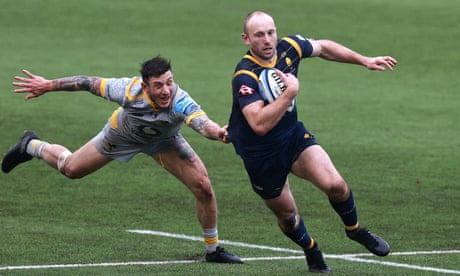 Good night and good luck to the loyal 30-plus Premiership players hanging up their battered old boots this week. For long-serving professionals such as Matt Banahan at Gloucester, Matt Cox at Worcester, Bath’s Ross Batty and Newcastle’s John Hardie, the slow limp into rugby’s twilight is the simple bit: here’s wishing the departing stalwarts every happiness wherever life takes them next.

The regular season’s conclusion, though, is also a suitable moment to reflect on the chances of their successors enjoying similar longevity. How many more Chris Pennells, for example, will there be in future? A one-club man who made his debut for his local side Worcester in 2007, he has just called time on a 14-year stint at Sixways. With the average Premiership career lasting seven or eight years, such players could soon become rare.