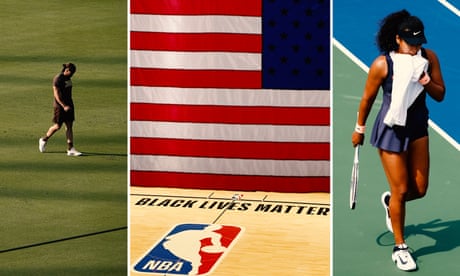 Games across US leagues been called off as athletes protest against racial injustice following the police shooting of Jacob Blake in Wisconsin last week.

Three NBA play-off games, two Major League Baseball matches, three WNBA fixtures and five MLS games were postponed after player-led actions in response to the shooting of Blake and the civil unrest that has followed.

Naomi Osaka also withdrew from the Western & Southern Open in solidarity with the protests.