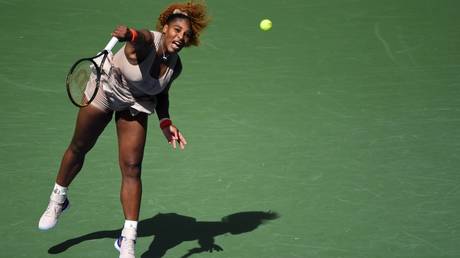 Serena Williams held off a Maria Sakkari fightback to reach her 53rd Grand Slam quarter-final after an epic two-and-a-half-hour US Open battle at Flushing Meadows.

Williams claimed victory 6-3, 6-7 (8), 6-3 after a back-and-forth match on court at the Arthur Ashe Stadium as she moved one step closer to a potentially record-equalling Grand Slam title.

The six-time U.S. Open champion claimed the first set in 37 minutes. Having saved three break points in the fifth game, Williams took the decisive break of the opening set in the sixth when Sakkari netted a forehand.

The Greek took the No. 3 seed to a tiebreaker after neither managed to find an edge in a hard-fought second set.

Sakkari eventually took the tiebreaker 8-6, but not before Williams had saved four set points.

The No. 15 seed, who beat the 38-year-old in three sets when they met for the first time in August, claimed first blood in the opening game of the third when Williams went long.

A superb cross-court forehand leveled proceedings for the veteran at 2-2, however, and Williams soon edged ahead when the 25-year-old hit the net before seeing out the contest.

The American has not lost before the quarter-final stage at Flushing Meadows since her fourth-round exit to Amelie Mauresmo in 2006, and her victory over Sakkari took her tally of wins on Flushing Meadows' showcourt to 100.

Williams will now move on to face either Alize Cornet or Tsvetana Pironkova in the next round.