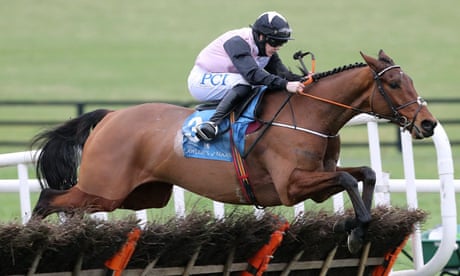 Rachael Blackmore added another major contender to her book of rides at the Cheltenham Festival on Wednesday when Bob Olinger, the 6-4 favourite, burst clear to win the Grade One Lawlor’s Of Naas Novice Hurdle at Naas, marking himself out as Ireland’s leading contender for the Ballymore Novice Hurdle on 17 March as he did so.

Bob Olinger went into Wednesday’s race with only one win over hurdles to his name, but had previously finished a close second to Ferny Hollow, last year’s Champion Bumper winner, on his debut over timber in November.