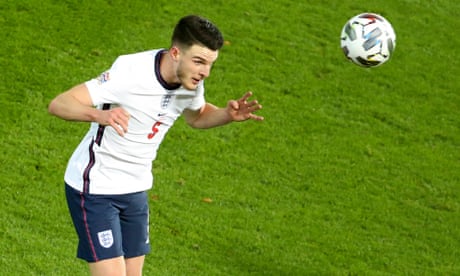 Anybody stumbling upon Wembley Stadium on Wednesday night after a long deep sleep would probably be wildly confused by the spectacle greeting them. And in a sense England v Iceland – a Nations League dead rubber played in silence in the midst of a locked-down city – is the football game as philosophical paradox, a fixture whose meaning essentially derives from having none. An ancient folk ritual whose true origins are long forgotten to history. Ask not why, child. As our fathers bequeathed to us, and their fathers before them: it is written on the Uefa website, and so it will be done.