Return to 'Fight Island': UFC will head back to Abu Dhabi for five-event run, including Khabib vs. Gaethje at UFC 254 (VIDEO) 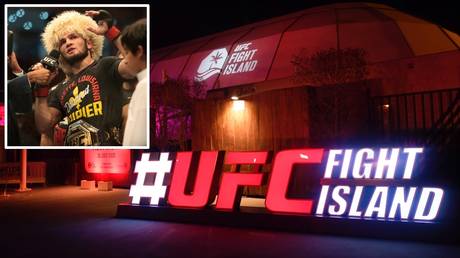 Reports Stateside have confirmed that the UFC is set to return to Abu Dhabi for a five-event run at "UFC Fight Island" on Yas Island, with TWO pay-per-view shows set for action at the venue.

ESPN confirmed that the UFC will run five-events during their second stint on Yas Island, which has been transformed into an exclusive UFC "Fight Island" facility to host fighters, teams, broadcast staff and UFC crew in a biosecure bubble through the end of September until the end of October.

The five-event run will kick off with UFC 253, which takes place on September 26, with three UFC Fight Night events set to follow on each of the following Saturdays.

UFC 253 will feature a battle for the UFC middleweight title, as Nigerian-born Kiwi Israel Adesanya puts his 185-pound title on the line against hulking Brazilian powerhouse Paulo "Borrachinha" Costa in a battle between two undefeated middleweights with a heated rivalry between them.

The event will also feature a fight for the vacant UFC light heavyweight title as Poland's Jan Blachowicz takes on Dominick Reyes for the belt vacated by Jon Jones, who has moved up to heavyweight.

October 17 features a clash between two of the best featherweights in the world, as former title challengers Brian Ortega and "The Korean Zombie" Chan Sung Jung go toe to toe in the main event. Also set for action are flyweight contenders Katlyn Chookagian and Jessica Andrade, who face off in a fight that could push the winner toward another title shot.