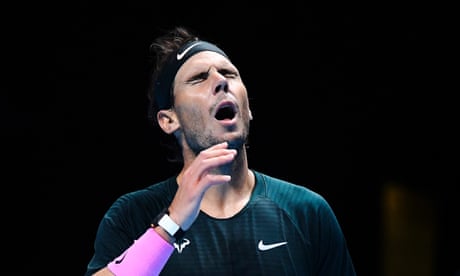 Rafael Nadal and Novak Djokovic, who have forged their greatness together over nearly two decades, bowed to youth on the southern bank of the Thames. Despite Andy Murray’s pre-match predictions, Daniil Medvedev and Dominic Thiem, candidates for acclaim among the elite in years to come but still in the queue behind the Spaniard and the Serb, will contest the 12th and farewell London edition of the ATP Tour Finals on Sunday.

Murray, sidelined since the French Open with a hip muscle strain, told Gaël Monfils on social media beforehand he favoured Djokovic to beat Thiem and go on to win the final - against Nadal. All change at North Greenwich, then.