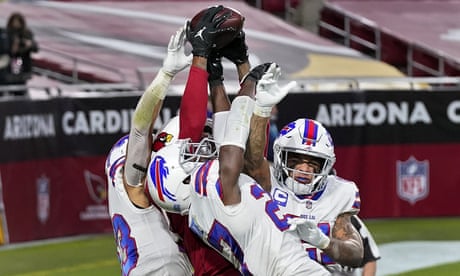 Kyler Murray’s last-minute heave and DeAndre Hopkins’ catch in traffic gave the Arizona Cardinals a memorable 32-30 victory over the Buffalo Bills. With 11 seconds left and his team down four, Murray scrambled and skied a pass to the end zone. Hopkins hauled it in with three Buffalo defenders around him for the 43-yard touchdown as two seconds remained on the clock.