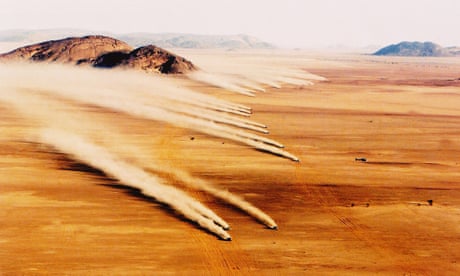 1) The Premier League leaders once again play at Anfield on Sunday, but on this occasion Manchester United are the team top of the pile, rather than Liverpool. The clash has brought many famous moments. There was the 3-3 draw in 1988, the 3-3 draw in 1994, Jerzy Dudek forgetting what his job was, a John O’Shea winner, and, not to mention, a brief compilation of other things. There was a less savoury incident in 1986 when the United players were sprayed with CS gas as they arrived at the ground. It was less dramatic last season when Mohamed Salah sealed the win as Liverpool sauntered to the title.

2) Mathieu Valbuena gets knocked down, but sets them up again: a remarkable sprawling assist for Olympiakos against Panetolikos. The consolation goal from Panetolikos was decent too, assisted by former Nottingham Forest winger Gboly Ariyibi and scored by ex-Sheffield United midfielder Aymen Tahar.