'I don't do business with them': Roman Abramovich REFUSES any deals with Chelsea rivals Tottenham, says former player 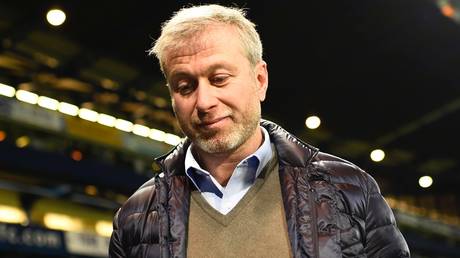 Chelsea owner Roman Abramovich has reportedly taken his team's rivalry with London neighbors Tottenham to heart, with former player Carlton Cole revealing that the Russian magnate flat out refuses to conduct business with them.

If rumors are to be believed, Abramovich was considering a bid for Tottenham as his entry point into English football before eventually opting to purchase Chelsea in 2003.

But relations between Abramovich and the Spurs' hierarchy have soured to the point that he has pulled the plug on any potential transfers from Chelsea to the North London club.

Former Blues striker Carlton Cole revealed in a recent interview with TalkSPORT that he was close to making the switch between the two bitter rivals, but Abramovich scrapped the deal as soon as he was made aware of it.

"I almost joined Spurs. I went and did my medical and everything," Cole, now 36, said.

"Roman Abramovich found out and he said, ‘you've got to come back, you’re not joining them’. He said, 'you can’t go to Spurs, I don’t do business with them'."

Instead of granting his blessing to the transfer, Cole says that Abramovich attempted to engineer a move to Russian Premier League side CSKA Moscow.

"I've got an alternative for you' [said Abramovich]. I drive back to Stamford Bridge with my uncle and my dad," Cole recounted.

"He had his interpreter with him. Roman Abramovich was there, we were talking. I was saying 'where am I going?'

"He said, 'I will give you a new contract but you've got to go to CSKA Moscow' - his other team. I was trying to get into the England team. Those days you could not go abroad. If you go abroad you don't get in the England team.

Cole, who won seven caps for the England national team, eventually moved to another London club, West Ham, in 2006 where he amassed nearly 300 appearances - a transfer which was evidently more palatable to the Russian billionaire.

Just one player has moved from Chelsea to Spurs during Abramovich's tenure, Italian goalkeeper Carlo Cudicini, whose contract at Chelsea had expired, while William Gallas also played for both Chelsea and Tottenham, but with a spell at Arsenal sandwiched in between.

The animosity between Chelsea and Tottenham is also reflected on the Spurs side of the rivalry too, with Tottenham chairman Daniel Levy fervently resisting the Russian's advances for Luka Modric in 2011, despite the future Ballon d'Or winner requesting that the transfer be approved.