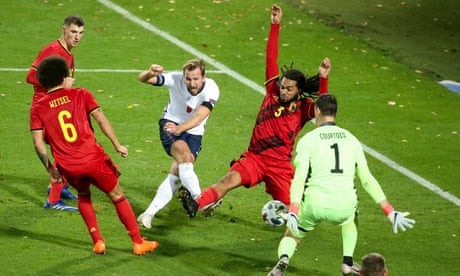 Shortly before half-time at the Den Dreef stadium, Harry Kane could be seen scooting back into his own half to get the ball. Five seconds later he was hacked on an ankle while driving forward through the centre circle.

Ten seconds after that Kane was popping up in an inverted left-winger role, firing a cross-shot against the lunge of Jason Denayer.