French Open to ALLOW SPECTATORS with strict measures in place, will be FIRST major tournament with an audience since quarantine 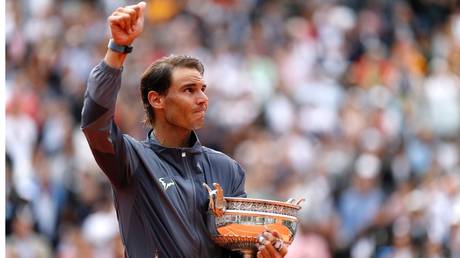 Organizers of the French Open have confirmed the Grand Slam will be the first tennis tournament to be held with spectators since quarantine began when it kicks off on September 27, but strict safety measures will be in place

Per the Associated Press (via ESPN), Bernard Giudicelli, president of the French Tennis Federation, said: “Since the international circuit restarted, Roland Garros will be the first tournament with the privilege of hosting an audience.”

The announcement comes amid a rise in new daily coronavirus cases which exceeded 8,000 last Friday in France, where more than 30,000 people have died from COVID-19.

However, organizers have amended their plans to adhere to French government guidelines, which prohibit gatherings of more than 5,000 people.

As such, a maximum of 5,000 spectators will be allowed in courts Philippe Chatrier and Suzanne Lenglen, while the smaller court Simonne Mathieu will host no more than 1,500 people per day. The three courts will be designated as separate zones, and all facemasks will be compulsory throughout Roland Garros.

Tests will also be required for authorized personnel to enter the Roland Garros bubble.

According to French Open tournament director Guy Forget, the players - who will stay in the two hotels arranged by the organizers - will also be tested regularly.

They will only be allowed to participate if they test negatively on arrival, before being tested a second time three days later and once every five days after that while they remain in the draw.

Players who are knocked out early will be compensated with significantly more prize money than they would have received last year.

The tournament was originally due to be held in May but was postponed due to the pandemic.

Rafael Nadal and Ashleigh Barty are the reigning singles champions at Roland Garros but both pulled out of the U.S. Open due to safety concerns.