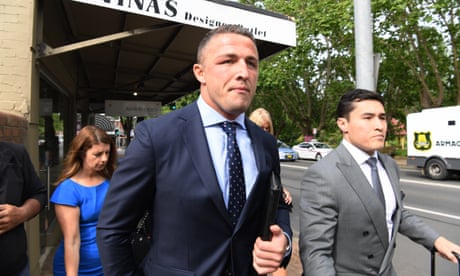 Phoebe Burgess says father was visibly shaken from argument with former South Sydney captain, who has pleaded not guilty to intimidation

Former NRL player Sam Burgess had “wild eyes” when he “went off” during a heated argument with his ex-wife’s father in his New South Wales southern highlands home, a court has heard.

Phoebe Burgess gave evidence at Moss Vale local court on Monday about an incident in October 2019 that she says happened in her absence at Mitchell Hooke’s home.