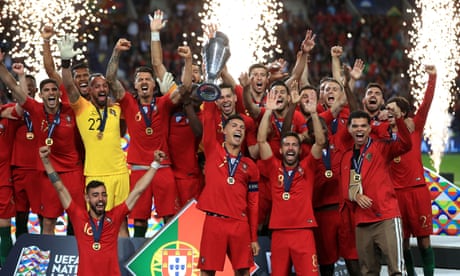 Our series ends with the defending champions, who have the ability and experience to win again under Fernando Santos

This article is part of the Guardian’s Euro 2020 Experts’ Network, a cooperation between some of the best media organisations from the 24 countries who qualified. theguardian.com is running previews from two countries each day in the run-up to the tournament kicking off on 11 June.

Listening to Fernando Santos and his players, it is clear they believe a repeat of what happened five years ago is possible. In 2016, Portugal went all the way and won the Euros. “I will not say the same sentences I said before Euro 2016, I will not photocopy anything because a copy is not the same as the original,” says Santos. “What I can say, though, is it has been a long time since Portugal entered a major tournament just to compete in it. Portugal enter a major tournament to win it.”