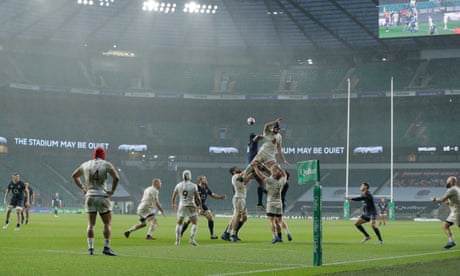 Positives from the pandemic are thin on the ground but maybe the scheduling effects of Covid-19 did England a tiny favour at the weekend. Under normal circumstances Argentina would have been at Twickenham, rather than beating New Zealand in Sydney, and the All Blacks would have sidestepped the chastening loss that will now allow Eddie Jones’s side to leap above them in the world rankings.

Second place behind South Africa is a position with which England are already wearily familiar but nudging New Zealand down into third is a bonus that will encourage Jones’s players to believe further sweetmeats might soon materialise. Beat Ireland well this Saturday, for example, and a winner-takes-all Autumn Nations Cup finale against France will be the probable outcome.