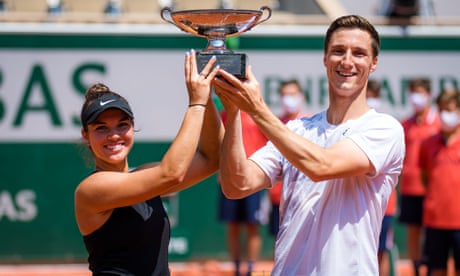 Joe Salisbury became Britain’s first French Open champion in one of the major draws for 39 years with victory in the mixed doubles alongside American Desirae Krawczyk.

Salisbury sounded slightly embarrassed to be in the final after he and Krawczyk were given a walkover in the last four but they showed they fully deserved their place by beating Russian duo Elena Vesnina and Aslan Karastev 2-6 6-4 10-5.