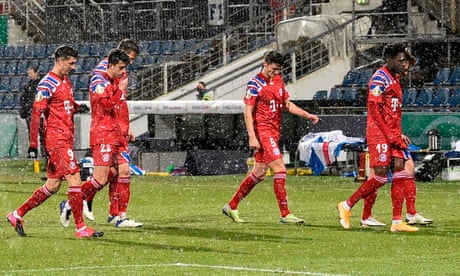 Bayern Munich were dumped out of the German Cup by second-tier Holstein Kiel, who prevailed 6-5 on penalties after a 2-2 draw in extra time.

In the shootout, both sides converted all five spot-kicks before Bayern’s Marc Roca had his sudden-death effort saved. Fin Bartels slotted in the winning penalty to eliminate the holders at the second-round stage, their earliest exit since 2000.