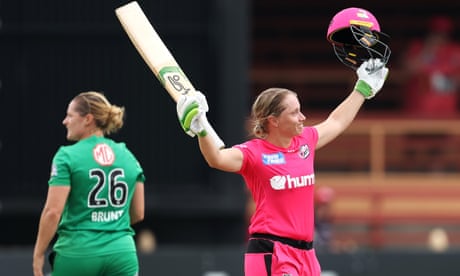 Alyssa Healy delivered another batting masterclass but her 111 off 52 against Melbourne Stars was not enough for Sydney Sixers to claim a place in the finals. Instead, Perth Scorchers clinched a top-four spot on the final day of the WBBL regular season.

The Scorchers, who could have secured their place in next week’s finals with victory over Adelaide Strikers earlier in the day, fell to a three-run defeat to leave the door open. It left the Sixers requiring a heavy win at North Sydney Oval to keep alive their hopes playing finals, but after the Stars posted 178-4, that was effectively put out of reach.