The Guardian view on Boris Johnson’s Brexit: my word is not my bond | Editorial 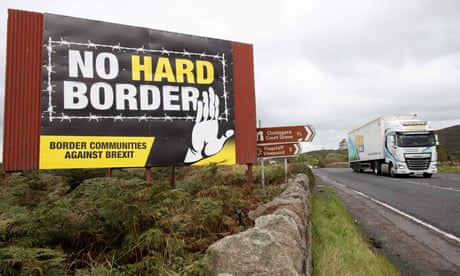 A row with the EU over state aid may show red wall voters the PM is attuned to their concerns. But at what cost?

Boris Johnson won the last election in part because he could say on what terms he would leave the European Union and his opponents could not. He had an “oven-ready” deal. Yet the agreement Mr Johnson secured with the EU was one that his predecessor Theresa May had rejected because it split Northern Ireland from the rest of the UK, placing the province in the regulatory orbit of Brussels. The prime minister knew this because he had made the same criticism. Last autumn, cornered by his own logic but desperate for a deal, Mr Johnson signed up to a dud agreement.

The damaging consequences of his choices were threatening to capsize EU-UK trade talks. Mr Johnson’s solution was to go back on the deal he had negotiated. The impression is that Mr Johnson’s words are not worth the paper they are written on. If this was allowed there could be no confidence that the UK would stick to its side of the bargain in any trade arrangement. A Britain which reneges on international agreements can hardly lecture rogue states when they do the same.