Brexit feeds on discord, so don't fight it – work to bring down this government | Zoe Williams 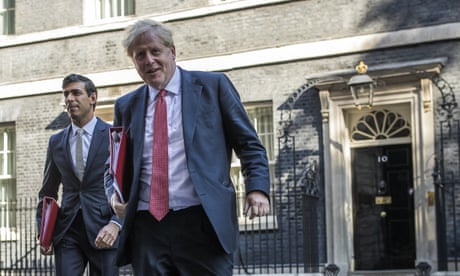 The project’s purpose is to move from a politics of consensus to one of division. The only way to uproot it is at the source

David Frost, our man with (or, more accurately, against) the EU, negotiator extraordinaire, according to middlebrow newspaper analysis that reads like fan fiction, has hit his hard limit. Or has he? The government is floating an internal markets bill, unilaterally pleasing itself in regards to Northern Ireland, in breach of what has already been laid out in the withdrawal agreement. Or has it?

Cynics, critics and remoaners aren’t buying it: isn’t this sabre-rattling exactly what Boris Johnson always does, just ahead of a major climbdown? Isn’t this exactly what happened, at exactly this point last year: the blaring siren of an imminent no deal, followed by the bromance of Johnson and Leo Varadkar resolving their differences at the last minute? The panicky mood around disintegrating negotiations just doesn’t stand up once you look at the detail: on state aid, the last major stumbling block aside from fish, both sides are willing to compromise. Our prime minister, not being a details man himself, is hoping that his supporters share the same flaw and will take this theatre as fact.