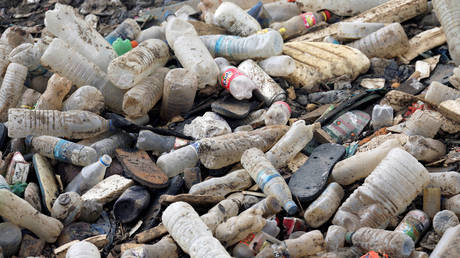 Cleaning floating plastic from the sea is a “lost cause” and trying to remove it can actually do more harm than good, new research suggests. Instead, clean-up efforts should focus on rubbish washed ashore.

Trying to clean up plastic pollution from the open seas is a “waste of time and resources,” researchers with the Norwegian-based SALT company have concluded.

“The rubbish in the sea is a lost cause, there is no point in cleaning it up,” the team said in a newly released research paper.

Assorted plastic, that is floating around the seas is way too scattered to be easily removed, the researchers argued. Attempting to trawl it out is not only disproportionately costly and time-consuming, but it can also do more harm than good. Trawling large areas will catch “too much fish and wildlife compared with the amount of rubbish,” the research team noted.

“In addition, rubbish is often found in marine life and organic material that is important for the ecosystems and animals that live there. In the worst case, we risk doing more harm than good by trawling over the areas,” lead author of the research paper Jannike Falk-Andersson told broadcaster NRK.

Instead of wasting time and recourses on the high seas clean-ups, people should focus on hand-picking trash washed ashore, which is a far more gentle and effective method.

“There, you pick one thing at a time. You do not drag large objects across the beach that kills everything it comes across, in an attempt to clean up,” Falk-Andersson explained.

The research has been praised by Norway’s Climate and Environment Minister Sveinung Rotevatn, who, at the same time, described the plastic pollution as a rapidly escalating problem that must be tackled with a broad international effort.

“It is very good that a critical spotlight is placed on clearing plastic in the sea. We have long pointed out that cleaning in the sea areas starts at the wrong end and that there is a risk of damage to life in the sea when trawling for plastic,” Rotevatn told NRK.

Over the past years, plastic pollution has become one of the main environmental problems with the amount of waste floating around the oceans growing at alarming rates. According to various estimates, some 15 tons of plastic gets into the planet’s seas every minute.

Apart from clogging-up waterways and forming whole floating islands, like the notorious Great Pacific garbage patch, plastic poses a great danger to wildlife. Animals get entangled in plastic debris, choke on it and get their stomachs clogged up so much they become unable able to consume and digest actual food. Small plastic particles, the so-called microplastics, accumulate in the bodies and tissues of various organisms, and ultimately, returns to the sender – humans – in the seafood we consume.