Von der Leyen: EU must acquire ‘political will’ to build own military 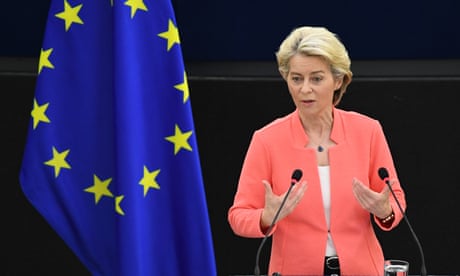 The EU must learn the lessons of the abrupt end of the US-led mission in Afghanistan and acquire the “political will” to build up its own military force to deploy to future crises, the European Commission’s president, Ursula von der Leyen, has said.

In her annual state of the union speech in the European parliament in Strasbourg, Von der Leyen, a former German defence minister, said the withdrawal of the US-led mission in Afghanistan, and the subsequent collapse of President Ashraf Ghani’s administration, raised troubling questions.