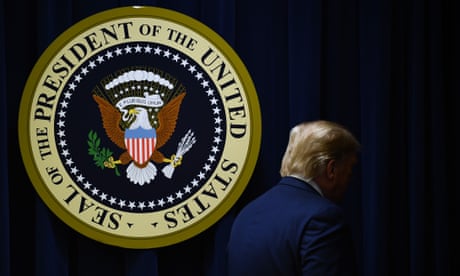 Director Krebs is a deeply respected cybersecurity expert who worked diligently to safeguard our elections, support state and local election officials and dispel dangerous misinformation. Yet, instead of rewarding this patriotic service, the President has fired Director Krebs for speaking truth to power and rejecting Trump’s constant campaign of election falsehoods.

The president’s insistence on distracting and dividing the country by denying his defeat in the election undermines our democracy. As the Election Infrastructure Government Coordinating Council Executive Committee and the Election Infrastructure Sector Coordinating Council — composed of the top nonpartisan election security officials in the country — stated last week, “There is no evidence that any voting system deleted or lost votes, changed votes, or was in any way compromised… we can assure you we have the utmost confidence in the security and integrity of our elections, and you should too.”

Welcome to our live coverage of US politics for Wednesday, as president Donald Trump still refuses to concede his overwhelming defeat in the election, and appears to be taking a wrecking ball to his administration along the way.