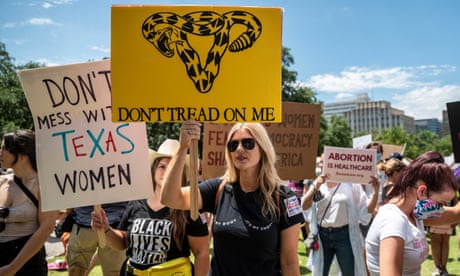 PaxtonSmith criticized the near-total ban on abortions signed into the state’s law in May, which makes no exception for rape or incest

The valedictorian at a Texas high school went off-script while delivering her graduation speech, criticising the state’s extreme abortion ban in an address that has since been widely shared on social media.

School administrators had signed off on Paxton Smith’s pre-written speech on how TV and media have shaped her worldview. But, when it came time to address the graduating class of Lake Highlands high school, she pivoted.