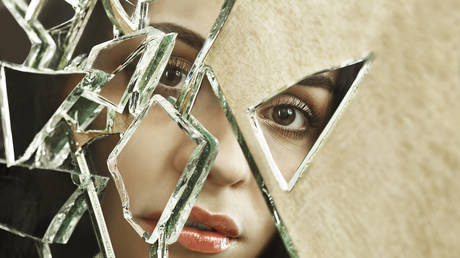 Swedish researchers have successfully created an out-of-body experience in which they “swapped participants’” bodies, drastically changing their perceptions of themselves while also interfering with their ability to make memories.

The team from the Brain, Body, and Self Laboratory led by Henrik Ehrsson took 33 pairs of friends and “swapped” their bodies using VR headsets, which allowed participants to see themselves in their friend's body.

“Body swapping is not a domain reserved for science fiction movies anymore,” said neuroscientist Pawel Tacikowski from the Karolinska Institutet in Sweden.

The team also included a tactile element to the experiment so the participants could feel what they saw in the goggles, similar to 4D cinema experiences.

Pushing the experiment even further, when one participant was threatened with a prop knife, the other would break out in a sweat, showing just how far the dissociation could go, even in a limited timeframe.

Before, during and after the minutes-long experiments, the participants were asked to rate both themselves and their friend on a number of personality traits such as talkativeness, cheerfulness, independence, and confidence. The answers changed dramatically over the course of the experiment.

"We show that the self-concept has the potential to change really quickly, which brings us to some potentially interesting practical implications," Tacikowski said.

Tacikowski added that those living with depression often have what he called, "rigid and negative beliefs about themselves" which can greatly inhibit their everyday lives but, with a slight alteration of this illusion, it can have profound effects on these apparently intractable ideas of self.

The researchers think the research may one day open doors into several depersonalization disorders, including schizophrenia, and potentially provide novel treatment options.

Curiously, the participants also performed worse in memory tests carried out shortly after they took part in the body swap, as if their memories faded along with their sense of self, however briefly.

"People are better at remembering things that are related to themselves" says Tacikowski, suggesting that, by manipulating a person's self-representation, they managed to interfere with their memory.

Participants who embraced the experiment more, or "became" their friends the most, performed better on the memory tests, likely as their "self incoherence" or the gap between their sense of self and their physical body, was lower posit the researchers.

This dissonance between body and mind may impact our ability to form and store memories and the research goes at least some way towards showing that, “Walking a mile in another person’s shoes really can change the way you think.”

The research was published in the journal iScience.