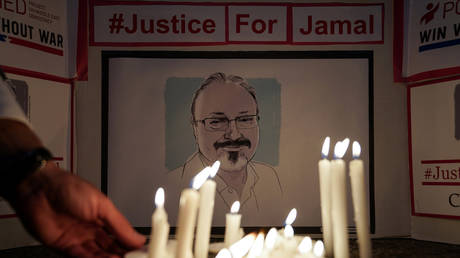 The jailing of eight individuals in Saudi Arabia for the murder of journalist Jamal Khashoggi has not satisfied Turkey, which demanded more answers from Riyadh and vowed to continue its own investigation.

The verdict by a Saudi Arabian court in the scandalous murder trial has left many questions unanswered and “fell short of meeting the expectations of Turkey and the international community,” the communications director for Turkey’s presidency, Fahrettin Altun, said on Monday. Earlier in the day, eight unnamed individuals involved in the murder were sentenced to lengthy jail terms, spanning from seven to 20 years.

“We still don't know what happened to Khashoggi's body, who wanted him dead or if there were local collaborators – which casts doubt on the credibility of the legal proceedings in KSA,” Altun tweeted, referring to the Kingdom of Saudi Arabia.

Ankara will continue its own probe into Khashoggi’s murder, as it is Turkey’s “legal and conscientious obligation” to shed more light on the crime committed on the country’s soil, the official added. A thorough investigation of the incident is the only way to “ensure that similar atrocities can be prevented in the future,” he concluded.

A Saudi Arabian dissident and a columnist for the Washington Post, Khashoggi disappeared in the kingdom’s consulate in Istanbul back in October 2018, where he had gone to obtain documents needed for his upcoming wedding.

Saudi’s initial reluctance to acknowledge that the journalist was brutally slain and reportedly dismembered by a group of people – among them a Saudi intelligence officer and a forensic doctor from the Saudi interior ministry – triggered an international scandal, causing several European states impose bans on weapons sales to the kingdom and leading to a murder trial that was conducted under a veil of secrecy.

In December, five Saudis accused of direct involvement in the journalist’s killing were sentenced to death, while another three received jail terms totalling 24 years. However, in May the Khashoggi family pardoned those involved in the murder plot, which meant that Saudi courts could no longer consider capital punishment for the convicted assassins.