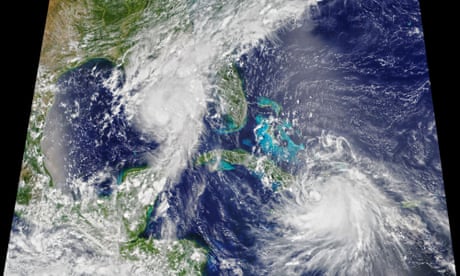 Rene becomes storm number 17 of the year, forming earlier than the previous record-holder, Rita in 2005

Rene formed on Monday, breaking the previous record held by Rita in 2005, which formed 18 September.