Lin-Manuel Miranda: 'Death suffuses my work, and part of that is growing up in New York' 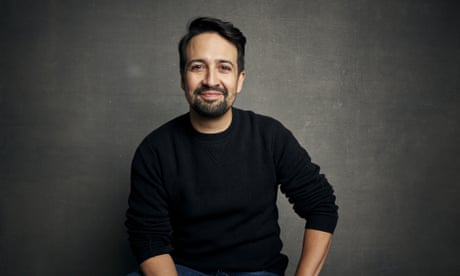 The acclaimed writer and performer on watching cat videos with ‘hot priest’ Andrew Scott, and why Hamilton reminds him of his own father

Lin-Manuel Miranda created and starred in the musical Hamilton, which premiered on Broadway in 2015. The show, about Alexander Hamilton, an American founding father, draws on hip-hop as well as more traditional musical forms, and won many awards, including 11 Tonys and the 2016 Pulitzer prize for drama. Miranda’s songs appear in the Disney animation Moana, he played Jack in Mary Poppins Returns and the balloonist Lee Scoresby in His Dark Materials, which returned to BBC One earlier this month.

How does Lee Scoresby’s character change in this series of His Dark Materials?
He goes all in on protecting Lyra. And it leads to some pretty wild places: it leads him out of the world in which he exists, to witches’ councils and beyond. In his short time with Lyra, he’s changed. He’s made the tactical decision that “my life is what it is, but this kid’s life could be better. We both were dealt a rotten pack of cards and I’m going to do what I can to make sure she’s got a brighter future.”