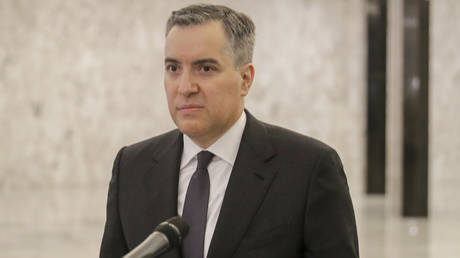 Lebanese President Michel Aoun has designated Mustapha Adib as the new PM, tasking him with forming a new cabinet, after the previous government quit in the wake of the devastating explosion at the Beirut port.

Senior diplomat Adib was tapped as the new PM after he managed to secure the support of the majority in parliament. Adib has been Lebanese ambassador to Germany since July 2013, as well as an adviser to a former PM in the early 2010s.

Shortly after his designation, Adib called for the formation of a new government in record time, as well as for the immediate launch of reforms needed for an agreement for with the International Monetary Fund (IMF).

“The opportunity for our country is small,” Adib stressed.

The previous Lebanese government, led by Hassan Diab, resigned shortly after the devastating blast that rocked the port of the country’s capital on August 4. The explosion killed at least 190 people, injuring thousands more and caused widespread destruction across Beirut, while its port was effectively leveled. The explosion was caused by a massive haul of ammonium nitrate fertilizer that had been improperly stored at the port for years after it was seized from a cargo vessel.

Paris has become increasingly involved in the political life of its former protectorate after the port blast, and it’s Macron's second visit to the country in less than a month. France’s president has rallied a host of donors ready to help Lebanon with the aftermath of the blast – if the country conducts all the reforms required by the international sponsors.