‘Kids raised in the digital era are yearning for this’: the people making new games for old consoles 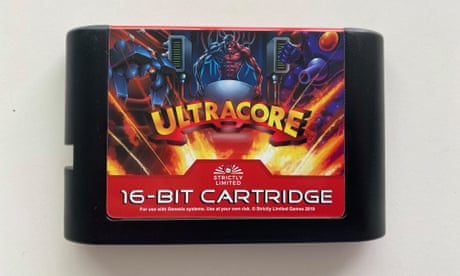 Decades-old video game consoles such as Atari 2600, Mega Drive and NES are seeing a wave of new games released on old-school cartridges. Who’s making them, and why?

This year, veteran video game developers Garry Kitchen and David Crane released a new game for the Atari 2600 – despite the fact that the console was discontinued some 30 years ago. And they’re not the only ones. Companies such as Limited Run Games and Strictly Limited Games are manufacturing brand new cartridges, and sometimes never-before-released games, for consoles that predate the smartphone. “The market’s not remotely dead for these consoles,” says Josh Fairhurst, head of North Carolina-based Limited Run. “There’s a lot of demand, and it’s only growing.”

Prices for retro games have gone through the roof in recent years, as evidenced by a recent slew of record-breaking auction bids for classic titles, including the sale of a mint copy of Super Mario 64 for $1.5m (£1.1m). The supply of old games is limited, and demand is increasing: not just from older people who want to collect games they remember from their youth, but also from those who weren’t even born when the Sega Mega Drive was cutting-edge. “New generations want to go back and experience the classics and own them,” says Fairhurst. “There are game collectors born every day.”