Houthis target Saudi Abha International Airport with drones for 2nd time in 24 hours, vow to continue until blockade is lifted 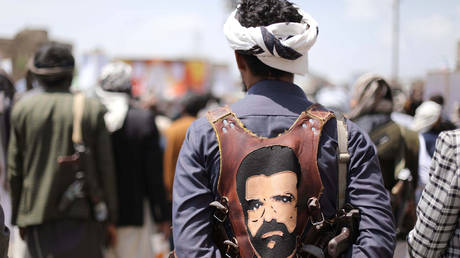 A drone attack on Saudi Arabia’s Abha International Airport brought it to a halt for “several hours,” a spokesman for Yemen’s Houthi rebels claimed, adding that the raids are in retaliation for the “siege” on the Yemeni people.

“With the grace of God and his support, the air force targeted Abha International Airport at dawn today with a number of Samad-3 drones, and the hit was accurate,” the military spokesman for Yemen’s Houthi militia, Yahya Sarea, tweeted on Tuesday morning.

The attack, Sarea said, was in response to “the continued escalation by the forces of aggression and their siege of the great Yemeni people.”

The damage inflicted on the airport briefly disabled its operations, Sarea claimed, adding that the “disruption” lasted for “several hours.”

The airport in the southwest of Saudi Arabia, near the border with Yemen, has frequently come under rebel fire in recent months. Twenty-six people were injured in an alleged cruise missile attack on June 12, 2019, while 21 were injured and one person died in a drone strike on June 23, 2019.

The Houthis have been embroiled in a long-standing military conflict with the UN-backed Yemeni government, and by extension, Saudi Arabia, which has been waging a US-supported campaign against the rebels for over five years.

Riyadh and its allies intervened in the now-war-ravaged country in March 2015 to help reinstate the ousted president, Abdrabbuh Mansour Hadi, to power. With the Houthis refusing to back down while gaining control of most of the country, including the capital, Sanaa, the bitter hostilities have devastated Yemen, leading to one of the world’s worst humanitarian disasters.

The Saudi bombing campaign and its naval blockade have dealt a dire blow to civilians, vastly complicating a deadly cholera outbreak and putting thousands of families on the brink of famine. Most of the war-torn country's population of 29 million now rely on some form of aid to survive.

Sarea said that similar attacks could be expected “as long as the aggression and blockade continues.”

The overnight raid is the second time the Houthis have hit the airport with drones in the last 24 hours.

On Sunday, the rebel group claimed that it launched “a large-scale attack... with a number of drones targeting military positions and sensitive targets.”

The Houthi-run media outlet al-Masirah TV reported, citing Sarea, that the bombardment was a tit-for-tat response to “the Saudi-led coalition’s airstrikes on Yemen.”