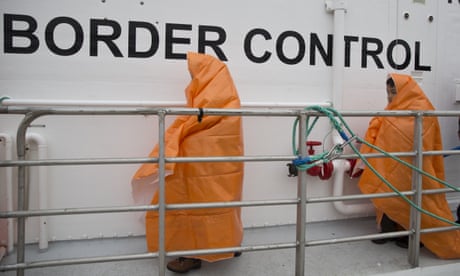 The former deputy head of Europe’s border and coastguard agency has said the state of the beleaguered force “pains” him and that it is vulnerable to the “alarming” rise of populism across the continent.

In his first interview since leaving office, Gil Arias Fernández, former deputy director at Frontex and once tipped for the top post, said he was deeply worried about the agency’s damaged reputation, its decision to arm officers, and its inability to stop the far-right infiltrating its ranks, amid anti-migrant movements across Europe.