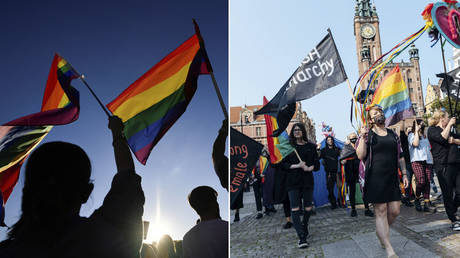 The European Commission (EC) has announced it is commencing legal procedures against Hungary and Poland for violating the human rights of its LGBTQ+ citizens, which is not in line with EU values.

Now that the EU is taking its member states to court, they have two months to respond to the Commission’s evidence of infringement, and if there is no discourse within the timeframe, Hungary and Poland will risk going to the European Union’s Court of Justice.

Hungary will face action for two infringements of EU values. The first is for passing a law that bans the depiction of homosexual or transgender content to minors under the age of 18. The second is for asking authors of a children’s book to issue a disclaimer that it contains “behavior deviating from gender roles.”

Shortly after the introduction of the decree, the state fined a bookshop £600 for selling a publication depicting same-sex families without such a warning.

Meanwhile, Poland has come under fire for its self-declared LGBT-free zones, which impedes EU values promoting non-discrimination. More than 100 towns, spanning a third of the country, have accorded themselves the status of being free from LGBT influence. In a move similar to Hungary’s, the commission will send a notice to Poland for not respecting the EU’s core ethos.

Hungary’s controversial law came into force last week and was met by domestic protest across the country’s capital, Budapest. The European Commission President Ursula von der Leyen slammed the move, calling it a “disgrace,” and vowed that “Europe will never allow parts of our society to be stigmatized.”

Hungary’s move has been met with staunch criticism and threats of sanctions, with 14 EU member states having penned a letter last month expressing the view that Hungary’s law “represents a flagrant form of discrimination based on sexual orientation, gender identity, and expression, and hence deserves to be condemned.”

Budapest dismissed all criticism of its actions, defending them as being intended for the protection of children, and said its share of EU recovery funds should not be tied to its repealing the controversial law.