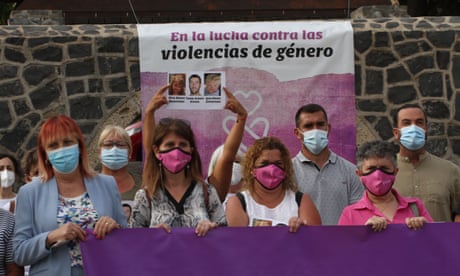 Father suspected of killing six-year-old and dumping body at sea, amid surge in domestic violence

Protests against gender-based violence are to be held across Spain after the discovery of the body of a six-year-old girl who is suspected to have been murdered by her father and dumped at sea.

A surge in domestic violence cases has coincided with the end of Spain’s state of emergency restrictions last month.