Covid-19 was present in Italy as early as SEPTEMBER 2019, study of lung cancer screenings shows 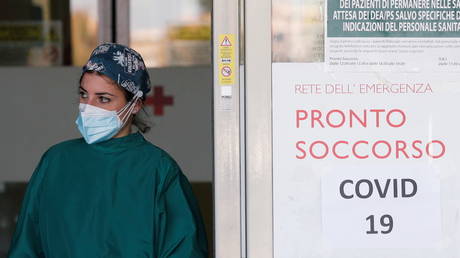 The Covid-19 virus had been active in Italy months before it was first officially detected, new research has found, raising further questions about the true origins, extent and actual duration of the ongoing pandemic.

The new groundbreaking study, conducted by scientists with Milan Institute of Cancer and the University of Siena, was published this week by the Tumori Journal. The research is based on the analysis of blood samples from 959 people, collected during lung cancer screening tests conducted between September 2019 and March 2020.

More than 11 percent of the tested – 111 people – turned out to have had coronavirus-specific antibodies. All the tested people were asymptomatic and were not showing any signs of the disease. Some 23 of the positive results date back to September 2019, suggesting that the virus was actually present in the country as early as during last summer – some six months before the pandemic ‘began’ and ‘reached’ Italy.

The new research is poking new holes in the already well-battered belief that the novel coronavirus emerged from the Chinese city of Wuhan around December 2019 and that it turned into pandemic in January 2020. The data from Italian researchers is particularly valuable, as it’s based on actual blood samples, as compared to the earlier, less conclusive findings that also suggested that the established pandemic timeline could be wrong.

The study’s conclusions appear to be consistent with the reports of severe respiratory symptoms and “atypical flu” rampant among Italy’s elderly late in 2019. Another study, published by Italian scientists back in June, showed that traces of the coronavirus were found in sewage water analyzed as early as last December.

Similar findings have been made by scientists from other countries as well. Spanish researchers have claimed they’ve traced coronavirus in sewage samples taken as early as March 2019.

Analysis of hospital records from late 2019 in the US has also suggested the unusual amount of ‘flu’ patients, many of whom experienced heavy “coughing” and other severe respiratory symptoms.

Globally, the number of registered Covid-19 cases has gone past the 54-million mark, while more than 1.3 million people have perished, the latest figures by the Johns Hopkins University show. With the mounting evidence that the outbreak began well before its ‘official’ start, it’s becoming more likely the true extent of the pandemic will one day be revised.