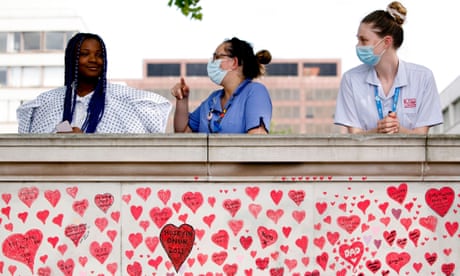 Public Health England says 23 of deaths were unvaccinated people; Germany to update travel guidance for tourists heading to most countries

A coronavirus vaccine being developed by Germany’s CureVac is facing delays as its late-stage trial has been slowed by the wait for enough participants to catch Covid, officials have said.

AFP has the story:

CureVac initially expected to seek European approval for its jab in the second quarter, with Germany pencilling in 1.4 million doses by end-June.

A fledgling G7 plan to donate 1 billion Covid-19 vaccine doses to poorer countries lacks ambition, is far too slow and shows Western leaders are not yet up to the job of tackling the worst public health crisis in a century, campaigners have said.

The new US and UK commitments are a step in the right direction, but they don’t go far enough, fast enough. What the world needs is vaccines now, not later this year. At this historic moment, the G7 must show the political leadership our crisis demands. We urge G7 leaders to raise their ambition.

This week G7 leaders will talk about a global goal to vaccinate the whole world by the end of 2022. But without commitments to waive intellectual property rules and share vaccine technology, this will simply not be possible. The G7 have a choice this week. They can continue to defend the indefensible monopolies of pharmaceutical giants - or they can change course, and save millions of lives.