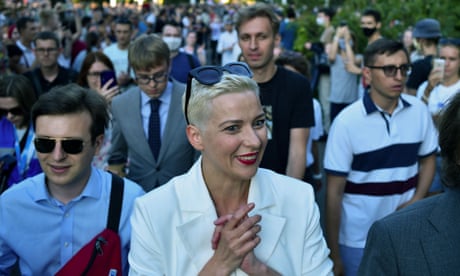 The Belarusian opposition figure Maria Kolesnikova has been detained at the border with Ukraine, Belarus state media has reported, after her allies said she was snatched off the streets of Minsk on Monday.

She was a campaign partner of opposition candidate Svetlana Tikhanovskaya, who claimed victory against the longstanding president, Alexander Lukashenko, in disputed elections on 9 August.