US inflation rate jumps to 5%, highest since 2008 – business live 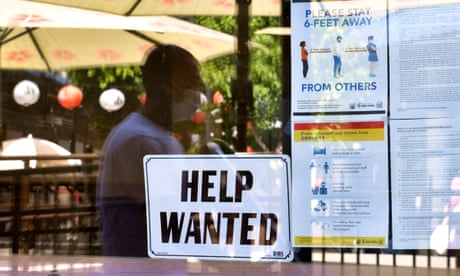 Rolling coverage of the latest economic and financial news

NEWS: Consumer prices rose faster than expected in May.

- Headline CPI rose 5% from a year ago, versus 4.7% expected and the largest annual burst since 2008

At 3.8% year-on-year in May, core inflation across the US economy has risen at the fastest annual rate since June 1992 (that’s excluding food and energy).

The core CPI jumped again in May, by 3.8% year-over-year, more than the expected 3.5%. By this measure, inflation looks to be accelerating. pic.twitter.com/3Yh5cgi1kS

But looking at price levels (not %s), this could be seen as catching up after sluggish price increases during pandemic. My view: Inflation is accelerating and we should be trimming stimulus. pic.twitter.com/v7G5t9PkPz