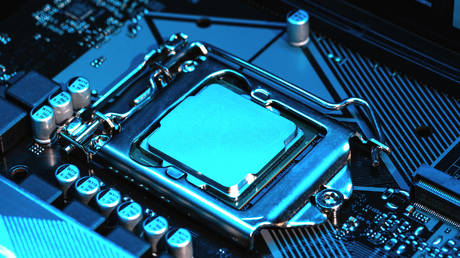 Shares in China’s biggest contract chip manufacturer SMIC sank by over 23 percent on Monday, after the US government said it may block American companies from providing goods and services to the firm.

The US Department of Defense is reportedly assessing whether to add SMIC to the Commerce Department’s so-called Entity List. According to Wall Street Journal sources, the department is considering whether the chip maker aids China’s military and defense apparatus.

As SMIC relies on American chip-making equipment, the ban could make it more difficult for the company to obtain the gear needed to develop its capabilities, thereby impacting production.

“Such an action would ensure that all exports to SMIC would undergo a more comprehensive review,” a Department of Defense spokesperson said.

Mark Li, who tracks China’s chip industry at Bernstein Research, told Reuters that, as a result, “the company could go under within a few years.”

The potential SMIC sanctions could follow those placed by Washington on Chinese tech giant Huawei in 2019. Those sanctions have barred American businesses from dealing with Huawei without special permission. Earlier this year, the US government made further moves to cut Huawei off from key semiconductor supplies, as tensions between the world’s two economic superpowers, China and the United States, continue to rise.