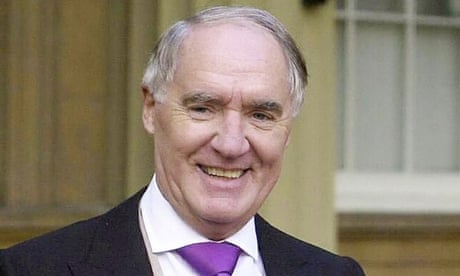 Reclusive billionaire who, with his twin, built a vast business empire including the Telegraph and the Ritz

Together with his identical twin, Frederick, Sir David Barclay, who has died aged 86, was one of the Barclay brothers, the businessmen whose energetic pursuit of high-profile acquisitions, from the Ritz hotel to the Telegraph newspaper chain, was matched only by the lengths to which they went to preserve a low personal profile. It was a crusade that saw them, although proprietors of a British newspaper chain, use French courts and the more amenable French legal system to seek retractions and apologies from other news organisations, inevitably generating even greater interest in their business and personal activity.

They were two of the most successful British businessmen of their time but hung on to their trophy acquisitions for too long. Their interdependent relationship and their empire crumbled unexpectedly and dramatically when they were in their mid-80s.