If Brexit is 'done', then where's the dividend? | Martin Kettle 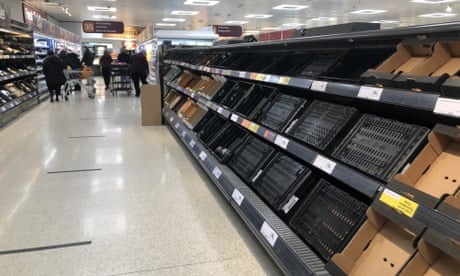 It is two weeks since Britain finally cut its ties with the European Union. It may therefore seem a bit premature to ask how it is all going. But the reality of Brexit in early 2021 is stark. We may now be a sovereign nation – which matters a lot to many – but in almost every material respect the UK is currently worse off than before 1 January.

Whatever else this tells us, it is a reminder that Brexit is not yet done. Great Britain remains an island off the coast of the EU, which is its major market. This requires policy and action from politicians and parties. Brexit is a stage in that process. But the process goes on, and Brexit still shapes it. Consider four live examples, on all of which parliament heard evidence today.