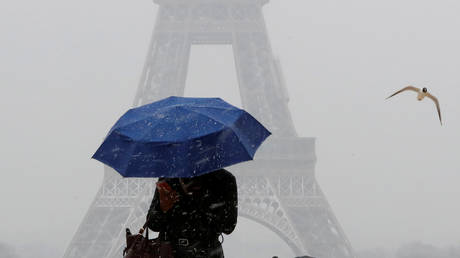 After showing some signs of recovery, the euro area economy shrank again in the final quarter of 2020 as governments imposed fresh restrictions to contain the coronavirus outbreak.

Gross domestic product (GDP) in the 19 eurozone countries contracted by 0.7 percent in the last three months of last year, while the EU’s GDP fell by 0.5 percent, according to preliminary Eurostat data published on Tuesday. This is compared to a GDP growth of 12.4 percent in the previous quarter, when the European economies started to reopen before the coronavirus pandemic got worse again.

For the full year, the coronavirus crisis resulted in a 6.8 percent contraction for the euro area and a 6.4 percent drop for the whole 27-nation bloc, statistics shows.

Even though the recent GDP drop was less severe than expected, it signals the European economy is on the verge of a double-dip recession. The phenomenon occurs after the recovery from an initial recession is short and followed by another contraction.

Europe suffered two consecutive quarters of economic decline in the first half of the year, before rebounding in July-September. What Eurostat called the “sharpest increase” in history proved to be short-lived as seen from the latest statistics. The region may be heading for a steeper decline in the first quarter of this year, some analysts say. If those predictions come true, it will mean that Europe will fall into another technical recession.

“In the first quarter of 2021, the decline is likely to be somewhat steeper. However, there will not be a slump like the one in the first half of 2020,” economist at Commerzbank Christoph Weil said, as cited by Reuters. Bloomberg economists also expect the region’s output to decline in the January-March period.

Despite some gloomy predictions, both the euro area and the EU are set to end this year with economic growth of over four percent. The growth forecast was recently slashed due to the coronavirus uncertainty, including for the largest economies in the eurozone such as Germany and France.